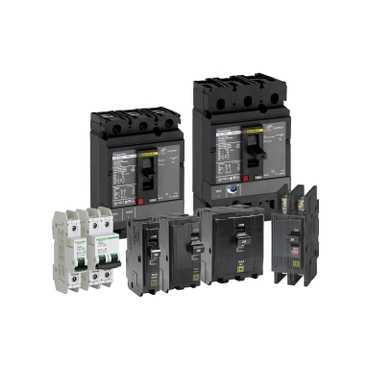 A miniature or molded - case circuit breaker is an automatically operated electrical switch designed to protect an electrical circuit from damage caused by overcurrent or overload or short circuit. Its basic function is to interrupt current flow after protective relays detect a fault.

The circuit breaker is an absolutely essential device in the modern world, and one of the most important safety mechanisms in your home. Whenever electrical wiring in a building has too much current flowing through it, these simple machines cut the power until somebody can fix the problem. Without circuit breakers (or the alternative, fuses), household electricity would be impractical because of the potential for fires and other mayhem resulting from simple wiring problems and equipment failures.

A circuit breaker is used to provide stability and prevent cascading failures in distributed systems. These should be used in conjunction with judicious timeouts at the interfaces between remote systems to prevent the failure of a single component from bringing down all components.

Circuit breakers can be found in: