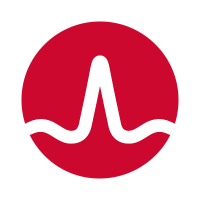 Broadcom Limited is a leading designer, developer and global supplier of a broad range of analog and digital semiconductor connectivity solutions.

In May 28, 2015 chip maker Avago Technologies Ltd. agreed to buy Broadcom Corp. for $37 billion in cash and stock. At closing, which completed on February 1, 2016, Broadcom shareholders will hold 32% of the new Singapore-based company to be called Broadcom Limited.
Broadcom Limited (NASDAQ:AVGO) is now the fourth-largest chip-maker in the world, after its predecessor company, Avago Technologies Ltd, acquired the Broadcom name and company earlier this year.

Broadcom Limited has grown, due to a compilation of acquisitions over the last two decades. Avago Technologies, originally based out of Singapore, acquired the semiconductor and software company LSI Corporation in May 2014. With the now-successful integration of Broadcom and Avago in its rearview mirror, Broadcom Limited is looking for new acquisition targets.
Avago Storage by LSI offers the industry's broadest portfolio of storage solutions, backed by decades of experience, and trusted by the world's leading server and storage suppliers. Avago provides the building blocks for storage solutions that help customers understand, prioritize, store and protect critical data.